Beyond the Table: How to Put D&D on a Resume?

“Well Mr. Smith, everything seems in order. All your qualifications and experience seem to fall in line. You have everything we need. Is there anything else you should tell us about yourself before we wrap this interview up?”

Jumps on the desk.

“I am also Ragothar Bloodpuncher! Warlock Hexblade from Baldur’s Gate! Husband to a murdered wife! Father to an orphaned child! Slayer of Dragons! King of Kobolds! Collector of experience! Roller of dice!”

Telling a potential employer about your Dungeons and Dragons obsession in your interview might not be the best idea (unless you work out they’re a DnD fanatic beforehand—then the job is as good as yours). Telling them that you’ve been fighting the Dragon Cult every Thursday for the last year might not go down too well. Why? It’s not relevant.

But what about putting it on your resume? Is it a good idea? Should your knowledge of the legendary roleplaying game be unleashed on unsuspecting new employers? Well, yes…and no. Some things are best left at the Dungeon Master’s table.

Other DnD based skills are transferable and you should definitely showcase them.

They could be what gets you that first interview.

One of the questions you will be asking yourself is. Where do I put them? Definitely in hobbies and extra curricular activities.

This guide will help you decide which skills of DnD to add to your resume and how to compare them to real-world examples.

You cross the tavern floor, clicking your staff along the way, and walk slowly up to the barkeep.

“Hello, my name is Francesca Greenbottle I believe you have some special ‘potions’ for sale?”

You ask, in a low voice.

Whether you’re talking to a supplier, colleague, or customer, being able to engage openly with the people around you is essential… Clear and concise communication is key to being a good employee.

Adding the social aspect of DnD to your resume sends a message to your potential employer that you are a skilled communicator. Use a real-world example. and how it could be used in the real world. This skill is especially impactful if the role is in sales or you’re in another customer-facing position.

Team Building: Bringing the Party Together

You start in a Tavern (Of course) and Greg the Slayer, Felicity Doomslicer, and Father Bernard the Dwarven Cleric are all sat around the table. They all stare at you. This is your new party.

Team building is absolutely essential for a company’s success. In DnD, the party starts out as a bunch of misaligned, sometimes trigger happy, sometimes a bit shouty bunch of losers that have no idea what is going on.

The DM is there to guide and unite the party into the fightin’ force. Each player is tasked with collaborating to make team decisions and work collectively, never leaving anyone behind.

So whether you’re a DM molding the party along an adventure or a PC learning to get along and work with Father Bernard the Dwarven Cleric, team building is vital to success in the DnD game.

Putting team building down as a skill shows your potential employer that you work well with a team and/or you know how to build and motivate one.

Again, compare your DnD experience with a real-world example.

“Listen ‘ere you bunch of ragamuffin delinquent ass herders. That bunch of Redcaps is gonna come over that ‘ill and if we don’t get ourselves in some sort of fightin’ order, they’re gonna chop us to bits”

The party is talking all over each other. Bernard is casting light on the nearest tree. Greg is shouting at Felicity because she forgot her sword +1. And the Kobolds are getting closer. As a DM, controlling the situation and party can be like herding cats.

But a little leadership from the DM can bring in calm, control the situation, and help the party organize themselves.

You could put something like ‘While DMing a DnD game I have to calm and control the players so they’re all on the same page and focused on the next task. Much like managing a team of sales reps…’

Putting this as a leadership skill on your resume can signal to the hiring manager that a natural leader is applying for the role—an essential skill in any job, especially if it’s a managerial role.

“Your party arrives at the end of the long, dark, and damp tunnel. The air is thick, they can feel the moisture on their face. They encounter a faceless wall with four protruding stone buttons. Each with an elemental symbol…”

Before the party can fully take the scene in, Zarder presses them all

Problem-solving: it’s one of the main elements of D&D. A DM offers many challenges to players, like a difficult BBEG, a talk-your-way-out situation, or a thought-out puzzle. As a PC myself, I have spent many sessions discussing with my party the best way to ‘open that door’ or ‘kill that bloody Shadow Dragon’.

And not only is problem-solving for party members, but also for the DM. Getting the encounters balanced (enemies not too weak or too tough for the fight) or making sure the riddles are balanced is a skill.

You could potentially talk or write about when you solved a particularly difficult problem in your DnD game and why the outcome was successful for the DM or players.

All companies require problem-solvers. Especially if you can problem-solve under pressure. If you exhibit this skill on your resume, it will certainly raise an eyebrow or two with your recruiter.

Mediation: When to Step in

“Well actually, if you look at page 30 of Xanathers Guide to Everything you’ll note that Cavalier does get a bonus proficiency at level three. Suck an egg.”

It’s at these points the DM or another player might have to step in and mediate between two players. Whether it’s over a rule, a party decision, or even an in-character roleplaying situation. Mediation is commonplace amongst Dungeons and Dragons.

Both the DM and players learn to mediate between themselves, resolving conflict and problems both in and out of character.

Explain to your potential employer when you mediated as a player or Dm. It could be either in or out of character. A real-world example works wonders!

An employer that can witness your mediation skill set will see you as a valued employee. Whether it’s dealing with an upset customer, a furious colleague, or a disheartened supplier, mediation is a key talent.

Sound familiar? Whether you like it or not, math and DnD go together like Tiamat and Gold. It’s not always the most thrilling part of DnD, but it’s essential.

Recruiters and hiring managers are always on the lookout for potential employees with solid math skills. Using real-world examples and pointing out on your resume that a lot of math and fast equations are involved in DnD, whether you’re a Dungeon Master or a player, can sway the odds in your favor.

While math is highly valued in STEM positions, this skill is also highly applicable in sales and even retail, where accurate calculations are crucial!

“You come across the lone stone on top of the grassy hill with a simple star-shaped hole in the top. A crude symbol of Torm is carved into the side”

“So the star-shaped gem we got doing that side quest ages ago fits?”

The DM raises an eyebrow.

Planning and preparation are absolutely essential for Dungeon Masters; making sure the story flows and that each piece of the story puzzle fits perfectly. Or at least that you have an idea of where it is going.

I’ve known both our DMs to spend hours of their free time devising each part of the quest. And then there are the unexpected sidequests, created, for example, because a character decided to rob the local blacksmith of 13 gold pieces and shout at the Blacksmith’s child apprentice, like my character. Side quests take special planning to make sure they fit around the main quest and that any future encounters fit.

These planning and preparation skills are fundamental for popular roles including managerial positions.

Explain how you plan and prepare for your DnD games and how you would bring that to the role you’re applying for.

Adding this as a skill derived from DnD to your resume is a big plus.

“As the darkness falls, the forest feels like it’s creeping closer to you. The wind howls through the branches causing a sway and rhythmic dance of their branches. The path becomes faint and the cold sets in”

“‘Ere Barry. Where did you put our torches?”

“I take out the torches and pass them to Brad”

I put these skills under one umbrella because they all intertwine with each other. Setting the scene and communicating the story is a skill that is mastered over time and relies on creativity to both develop and deliver.

Being able to be creative on your feet is a great skill for marketing roles and the creative industries.

Roleplaying is a surprisingly transferable skill as well. The ability to be put in a situation and improvise with the most appropriate or productive response is an essential skill that can be used in sales and leadership roles…

What to Put on Your Resume

Ok, so you definitely shouldn’t put that you’re a chaotic evil half-orc barbarian that wears the skull of his victims ‘round his neck as a warning to his foes. You should, however, use the above information on your resume as you see fit. Those skills you learn as you play and run DnD games will stay with you for life.

So look at all the skills we’ve listed and see if you can write a DnD example of when you used one of them in your game. Turn it into a real-world example and add it to your resume.

Let us know what other life skills you’ve gained through playing DnD in the comments below. And share this article with members of your party that are on the job hunt! Has putting one of these skills on your resume helped you get a job? 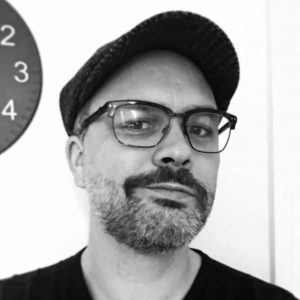 After a 20-year hiatus of adventuring in D&D (or AD&D as I was playing then). A chance evening in the cellar of a Nepalese restaurant a year ago changed the course of my life forever. New friends, new rules and a passion for the campaign. I found a new desire for breaking into homes, sneak attacking foes, and generally causing mayhem in the land of Faerun (And the Feywild).