The jailor hung up the rusted keys and closed the sally port with a dull clang. Soon the party heard wine sloshing into his wooden cup.

“Freedom calls us,” whispered the Bard as a dark, spectral hand began to form silently outside the cell…

D&D 5e’s magic system has depth. Some spells can stop time, animate the dead, and rain fire from the sky. But in a universe filled with such power and wonder, cantrips are a more humble, everyday kind of magic. The kind of magic your spellcaster can use without much effort.

Don’t let this fool you. Cantrips can change the course of your adventure and turn the tables in your favor – often in simple but creative ways. We’ve compiled a list of our five favorite cantrips in D&D 5E to help you get exciting gameplay results.

Our list has cantrips for combat, creative roleplaying choices, or interesting, tactical advantages. Our favorite thing about cantrips – they don’t require spell slots.

This classic conjuration cantrip for Bards, Sorcerers, Warlocks, and Wizards is on page 256 of the Player’s Handbook.

Why We Love it

Mage Hand allows casters to wield a spectral floating hand, capable of interacting with many objects inside a 30-foot radius. Your Mage Hand can operate doors, lift a jailor’s key from its hook, or pour a magic vial into a jug while your friends distract the innkeeper.

We love this one because you can use it in lots of problem-solving ways but also in pure roleplaying moments that make you feel like a magic-user. Magically turning the spit over the campfire while you read a book with both “real” hands is one example. Lifting your goblet of wine high across the packed court to shock the nobles with Mage Hand is another.

Player Tip: It’s tempting early on to think of your character only as their offensive/defensive abilities. Great roleplaying sessions have many components. Social interaction, combat, roleplay, and puzzle-solving are all part of the fun. Talk to your DM to see if investing in some non-combat cantrips is a good call.

Though Mage hand can’t attack, players use it to set up tactical advantages. Your caster picks up a dripping flask of oil and silently covers an area with flammable liquid. The rest of the party is then ready to draw your enemies into a fiery trap.

Some players (especially those with low dexterity) use Mage Hand to pass a potion to an ally in need during combat. Throwing a potion requires a roll that may go badly on account of your player’s stats. Using Mage Hand can help you get more reliable results.

DM Tip: Most weapons are under the 10lb limit – even the really big ones. A huge historical greatsword like the Zweihänder, for example, typically weighs between 5 – 9 lbs. If the guards have been careless enough to stash the party’s weapons in view of the jail cell, Mage Hand can help.

With 1d10 force damage and a range of 120 feet, this offensive beam of crackling energy is a must-have for many 5e Warlock builds. In older editions of DnD, spellcasters had a limited number of spells per rest, and once depleted – you were a sitting duck. Eldritch Blast is an attack your Warlock has practiced until they can cast it at will – no spell slot or material components required. Make a ranged spell attack against your target. A successful attack does 1d10 force damage.

We love this one because it’s caused a Warlock revival, with many players finding powerful and unique ways to level this cantrip.

This evocation cantrip for Warlocks is on page 237 of the Player’s Handbook.

This one is mostly about blasting bad guys in the face. Thankfully, its massive range makes for some fun and strategic blasting-bad-guys-in-the-face moments. Many Warlocks take the Spell Sniper feat, extending the range of Eldritch Blast to 240 feet. The Eldritch Spear invocation extends this distance even further!

Player Tip: Ask your DM if you can add flavor to your cantrips by creating unique descriptions and visualizations. Even better if there’s a backstory reason why your Eldritch Blast is a different color to the standard one.

This is the premier damage-dealing cantrip for Sorcerers and Wizards. With 1d10 of fire damage and a range of 120 feet, Firebolt is an excellent way to pick off enemies from range.

These types of cantrip help with a common problem in old-school versions of DnD. In the past, magic users had a limited number of spell slots per rest. This sometimes left casters with no way to stay in the fight as the party ventured deeper into dungeons.

This Firebolt cantrip is second nature to your magic-user – no major preparation is required.

This evocation cantrip for Sorcerers and Wizards is on page 242 of your Player’s Handbook.

If the object this cantrip targets is flammable and not worn or carried by a creature, a successful roll sets it on fire. This can make for interesting tactical setups. When the party knows combat is coming and there are a few barrels of oil, bales of hay, or stacks of firewood lying around…

Guidance can turn a table of snack-eating friends, into a party of adventurers working against the odds in a fantasy universe. Your character touches a willing creature. That creature (usually another member of your party) can then add 1d4 to their next ability check.

We love this one because it can bring the party together. Abilities that help/buff our own character are great, but the magic of tabletop gaming is often in its cooperative moments.

Guidance is a divination cantrip for Clerics and Druids on page 248 of your Player’s Handbook.

Your imagination can run wild with Guidance. It can help the thief in your party with a critical lockpick roll, or aid your Barbarian friend in winning the strength contest at the mid-winter festival. Any time the party needs some extra luck on its side, Guidance is a great option. It stacks with advantage too.

Mending objects is a useful skill in a party of battle-hardened adventurers. Use it to repair armor after a skirmish, fix an important key, restore an incriminating document, or even repair the fallen banner of your liege lord.

It’s a great way to help out the party and make allies in new lands.

This transmutation cantrip for Bards, Clerics, Druids, Sorcerers, and Wizards is on page 259 of your Player’s Handbook.

As a DM, we’ve seen players use this cantrip in unexpected ways, with emergent gameplay results. The party cooperated to mend the “cracked and broken beams” of an old potion seller’s shop. Their kindness won the party a hefty discount and some useful information about an old goblin hoard.

As you adventure, you’re bound to encounter situations where Mending can prove invaluable. The adventurers in my campaign often travel by sea off the Sword Coast in their Elf wingship. Mending plays a vital role in keeping the vessel seaworthy (I roll heavy storms).

There are so many awesome ways to play that we’ve barely scratched the surface with this article. For another take on cantrips, check out this video from Nerd Immersion –

If your group is into fun, new ways to use cantrips, share this article with them. And if you’ve seen some weird and wacky uses of cantrips, get the discussion going in the comments below.

Have we missed any killer cantrips?

People play for all kinds of reasons, and we love hearing about cool uses of less commonly taken cantrips. Let us know… 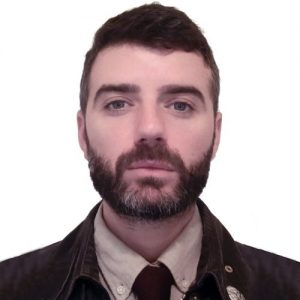 Donal was a closet geek for the greater part of his life. Most of his leveling and adventuring was done alone via single-player CRPGs like Baldur’s Gate, Fallout, and Morrowind. He knew the systems underpinning these classic titles were inspired by tabletop roleplaying games but never had the opportunity to join one. That chance presented itself via an ancient, dog-eared copy of D&D on a shelf in a friend’s bar in the tropics. That friend ran a campaign and Donal hasn’t looked back since...

1 thought on “Our Favorite Cantrips in 5th Edition D&D”